For those who have met me you know I'm an Army wife. My husband is active duty. We have been married for six and a half years, we have two beautiful daughters, and we have survived two deployments and countless trainings that have taken him far from his girls.

Just after he left on his most recent deployment a dear friend of mine gave me an odd gift. She said that her favorite phrase to tell wives who were left at home was to 'strap on your big girl panties and get things done'.

I look in the bag and there is a single pair of Wonder Woman panties.

I kid you not.

She told me that she had been saying this same phrase to countless other wives, before realizing that she never had really ensured that the women actually owned a pair of big girl panties.

I questioned whether or not having panties with the emblem of a Justice League member counted as being 'big girl', but who was I to judge a gift? I love gifts! I love giving gifts and receiving them. And this gal knew me well, because I am an EPIC Wonder Woman fan.

So... she gives me my very own pair of big girl panties, and they work. Seriously. Every time I wear them I feel as if I can take on the world and win. And goodness I needed it through that deployment! The only person who was as excited about this gift as me was my oldest daughter, Gemma. She loves superheroes, and she knows I adore Wonder Woman.

A couple of months ago I took Gemma into Walter-Reed for an eye doctor appointment. The place was buzzing with activity as she was sat next to me in the hall waiting. Folks were all running around heading to appointments of their own. The largest group to walk by was seven soldiers talking together, all young like they were fresh out of high school. They smiled at Gemma and told her good morning. Rather than responding with a smile and saying "Good Morning" like her mother taught her, (why would my toddler want to do that?) she looked at them, then calmly turned to me to ask, "Mommy, did you wear your Wonder Woman panties today?"

Sitting there watching as this group of some of America's finest young men faltered a step (a couple snickered, a few gasped and had jaws dropped, and one even quirked a brow daring me to answer), I was torn between running away and hiding or laughing hysterically. It was equally funny and mortifying at the same time. I giggled a bit and told her that we don't ask those kind of questions when we aren't at home. That seemed to satisfy her, and the men went on their way. But the crazy part was that I was actually wearing them that day.

When I told my husband about the incident later (he chose to laugh, though not hysterically) he said even he knew I was wearing them, even though he hadn't seen me dress that morning.

"How is that even possible? Do you have x-ray vision like Superman?" I had asked him jokingly.

"No, I don't," he told me seriously. "You carry yourself differently when you wear them. Like you are more confident and sure of yourself. And I honestly have no idea why. But it doesn't surprise me that Gemma noticed. She notices everything."

What?! I didn't really know how to respond to that. As I sat there digesting that bit of information I found myself pondering the fact that it shouldn't take an article of clothing to give me confidence or to make me feel better about myself. I am the same woman when I wear Wonder Woman apparel as I am when I wear Fruit of the Loom. Nothing should affect that, and nothing should taint it.

I am a wife and a mother who has always loved Wonder Woman. But first and foremost I am woman of God. That and that alone is more than enough to give me confidence, to give me gumption. Wonder Woman is pretty amazing, and her apparel lines are fun and a quick fix to a slump, but at the end of the day nothing comes close to the kind of surety our God gives.

Paul's words ring out loudly with these thoughts:
"You show that you are a letter from Christ, the result of our ministry, written not with ink but with the Spirit of the Living God, not on tablets of stone but on the tablets of human hearts. Such confidence we have through Christ before God. Not that we are competent in ourselves to claim anything for ourselves, but our competence comes from God." [2 Corinthians 3:3-5]

I had confidence wearing 'big girl panties', until my four year old opened her mouth and I found myself being stared down by seven men in uniform. Worldly confidence fades in times of trouble. Godly confidence, the kind that comes from knowing we are His and He is for us, never even wavers.

Wonder Woman has nothing on that.
Posted by Derwood Moms at 5:47 PM 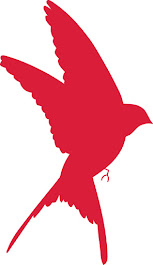